If you didn’t already know, Copley Academy’s, George in Year 10 is Blue Peter’s young gardener and has regular slots on the popular tv show. Last Thursday, in his latest appearance on Blue Peter he was judging the RHS Wisley sculpture design competition with the Duchess of Cambridge.

George became the Blue Peter’s special correspondent having won the RHS Young Gardner of the Year competition. He then became an RHS Ambassador before securing his current role on Blue Peter – he has now been on the show 14 times. 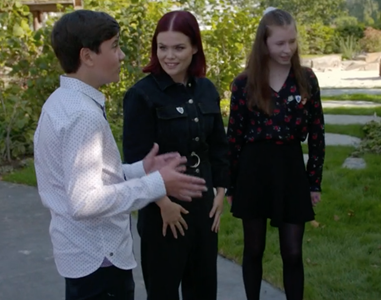 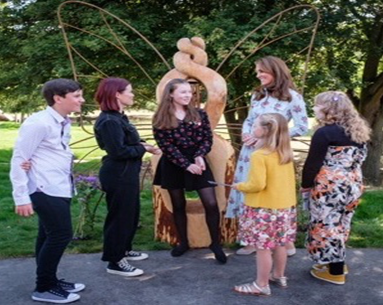 The show on Thursday featured George judging the RHS sculpture competition with the Duchess of Cambridge at Kensington Palace and from RHS Wisley. He then went to RHS Wisley where the sculpture is situated and filmed the episode there. George said, ‘It was really exciting to be filming with such a high-profile person, she was really nice and down to earth – friendly and chatty, she made us feel included through the whole process. I went to Kensington Palace with the Duchess of Cambridge and we looked at the finished sculpture after judging the winner’.

George is now looking forward to a Bee Conference in Manchester in October, ‘I will be giving a speech about bees and how important they are and conserving them. I will also will be talking about the importance of gardening, and encouraging more young people to get involved. I know Mr. Paddy is keen for me to work on the garden areas at Copley Academy which I’m really looking forward to.’

You can catch the episode featuring George on the BBC iPlayer for the next few weeks.